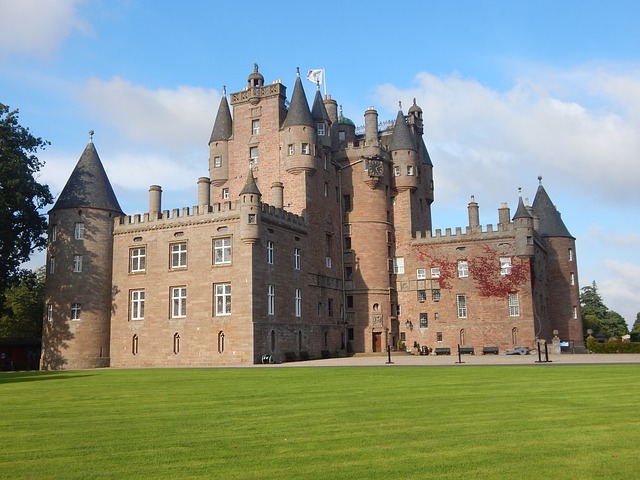 Glamis Castle, which can be found nestled close by the village of Glamis in Angus, Scotland is open to the public. It is known to be the home in which Elizabeth Bowes-Lyon, the Queen Mother spent her childhood. It is also said to be the birthplace of her second daughter, Princess Margaret.
Glamis castle is highlighted in fiction and legend, and locals attest to it being known to hold more dark secrets than any castle in Scotland.

Inveraray Castle: One can easily imagine knights riding mail adorned horses as they approach the castle, which has been standing on the Loch Fyne for almost six centuries. Inveraray Castle stands tall and massive with towers that had conical roofs added as late as the 19th century by the family who continue to inhabit the castle. It is the home of ancestry of the Dukes of Argyll. While the family residence is kept private, a neoclassical section of the castle is open to the public. 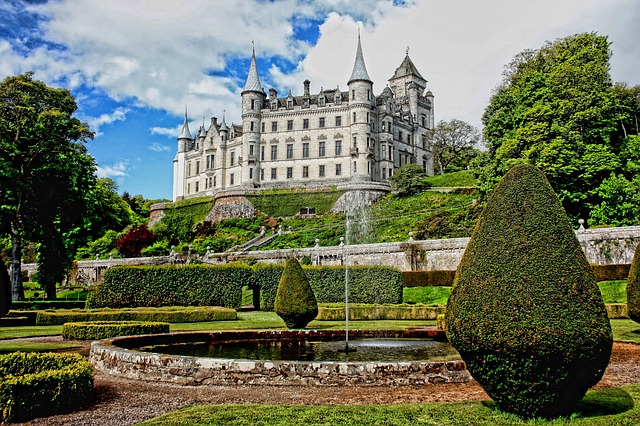 Dunrobin Castle is the largest of the Northern Highland castles, holding 189 rooms. It is also the located the furthest to the north, dating back as far as the early 1300s. The Earls, later known as the Dukes, of Sutherland make their home in Dunrobin. Scotland’s Sir Robert Lorimer designed its amazing interiors and Sir Charles Barry, designer of London’s Houses of Parliament added the beautiful fairy-tale architecture and lovely spires. 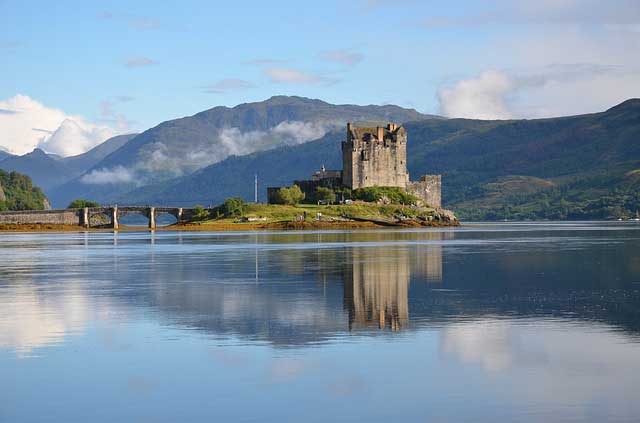 Eilean Donan is the home of the Clan Macrae. This castle is most famous for appearing in many hollywood movies, including Highlander

The original castle was built in the early 13th century as a defence against the Vikings. The castle was restored in the early 1900’s; and in the later part of the century a trust was created by the Macrae family to preserve the Castle. Outside the castle is a war memorial as well as a grey field gun from the Great War with a fountain dedicated to the fallen Macrae clansmen who perished in the war. 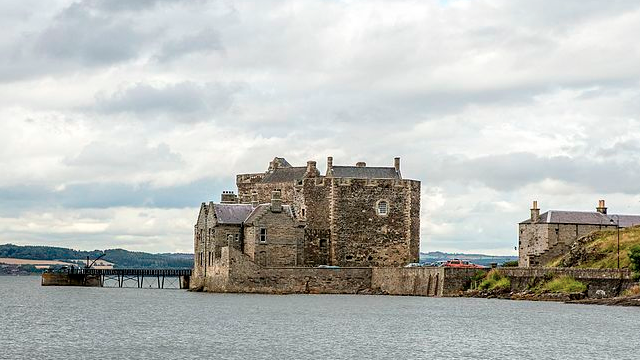 Blackness Castle is located in West Lothian and was built as a residence for the Crichton family, known to be one of the most powerful in Scotland. It has been a royal residence, a fortress, a military base and was used for the popular show Outlander. Its has the nickname of ‘the ship that never sailed’ because of its nautical shape. This castle offers breathtaking views of the Firth of Forth and Fife.