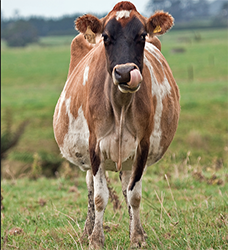 Many years ago in the highlands of Scotland there was a piper — Billy McLeod.  I doubt you’ve heard of him.  He was not famous, but just a pretty good piper, not the best, but not the worst either.  But that was his art and his occupation, too.  He played anywhere folks would gather – a festival, a dance, a party, even a funeral.  And for the most part, it was a good life.  The money was fair, and when there wasn’t money to pay the piper, he would always get food and drink and a warm place to sleep.  That was most of the time.  Summers were especially good.  But the winters could be hard.

In the winter, people kept more to home.  There were no big outdoor festivals and parties to play for.  And when there was no work and no pay – well, it was not so comfortable to sleep outside.

One cold winter day, Billy was trudging along the road with his pack and his pipes.  There was snow on the ground and more expected, and the wind blew fiercely.  As the afternoon grew late, Billy spotted a farmhouse.  Hoping for a meal and a warm place to sleep he knocked on the door.  A man answered, but before Billy even had time to speak, the farmer gruffly waved him on.  “We’ve got no place for you here, no place for a piper or a beggar.  Be gone with you.”

And Billy moved on, but he noticed the man’s wife standing behind the farmer.  She gave him a sympathetic look, and he thought that perhaps if he could talk to the woman instead of the man, he would surely have better luck.  But for now he walked on.  Perhaps there was another house not far away.

As Billy trudged down the road, he was thinking how cold and hungry he was, and not paying attention, he tripped over something.  What was it, he wondered.  He brushed away the snow, and found to his surprise and delight – a boot, almost new.  And another boot, the mate of the first.  As Billy continued to brush away the snow, he found that the boots were still occupied.  Some poor soul lay there on the ground, frozen stiff.  A sad sight, to be sure, but suddenly Billy realized that the boots were no longer of use to their original owner, but would be of great use to him, as the soles of his own old boots were almost worn through.

He grabbed one of the boots and tried to pull it off, but it was stuck fast, and when he pulled as hard as he could, the dead man’s leg snapped right off at the ankle.  The same thing happened with the other boot.  Willy tied the laces together and slung them around his neck and under his plaid, hoping that the frozen feet would thaw and the boots would be his.

He walked a big further, but there was no other house in sight, and the sun was setting, so he decided to take a second chance at the farmhouse where he’d been turned away.  He knocked at the door, bracing himself for the gruff old man, but he was pleased to be greeted by the wife.  Speaking softly she said, “I hoped you’d come back.  My husband is not kind to strangers, but I can at least offer you a bed in the barn and a bite to eat.”  She handed him a small bundle of food and pointed him to the barn.  As he turned toward the barn, she called after him, “Mind you stay well away from the cow.  She can bite.”

Billy made himself a cozy bed in the barn.  Still chilly, but bearable.  He had a supper of the bread and cheese the farmer’s wife provided, and slept.  In the morning, he examined the boots.  Sure enough, the warmth of the barn had thawed the feet enough that he could dump them out of the new boots.  He tried the boots on.  A perfect fit.  What luck.

And then Billy, who had always been a bit of a joker, had an idea.  He put the feet into his old boots and placed them by the still sleeping cow, up next to the cow’s head.  Sure enough, when the farmer’s wife came out to do the milking, she saw the old boots and the feet and thought the worst.  She ran back into the house, screaming, “Our cow has eaten the piper!!!!”

The farmer saw the situation and declared, “No one must find out.  We must get rid of the evidence.”  And so they dug a shallow hole next to the barn and buried the old boots and the feet.

Of course, Billy had seen all of this from a hiding place, and he determined to carry the prank a bit further, just to teach the harsh old farmer a lesson.  Just as the couple sat down to breakfast, they heard an eerie sound.  Bagpipes!  Looking out the window, they saw Billy standing just where they had buried the feet, playing a tune on his pipes.

“It’s the piper’s ghost!” they concluded in fright and fearing revenge they dashed out the door and down the road.

When they were out of sight, Billy laughed at the success of his trick, and figuring the old couple wouldn’t be back home anytime soon, he walked right in and made himself at home.  He finished up the breakfast that was on the table and was sitting beside the glowing fire in the fireplace, when there was a knock at the door.  When Billy answered, there in the snow stood a short, disheveled man, shivering.  Having so recently experienced that himself, Billy said, “You must be freezing.  Come on in and warm your feet by the fire.”  And the man at the door gave Billy a doleful look and replied, “I would.  If I had any feet!”